There is trouble in FairyTaleLand…

The Evil Queen is doing away with all of the handsome Princes and it is up to the 3 Little Pigs to stop her!

Join your favourite Fairy Tale characters for a riotous romp that the whole school can enjoy watching together.

Returning for Christmas following a smash hit Autumn run. Before Voldemort became He Who Must Not Be Named, he was just Tom Riddle, another moody teenager at Hogwarts. Join him in this brand new hilarious musical adventure as he learns the ways of love, proper snake maintenance and The Unforgivable Curses. Fresh from sold out performances at the Upright Citizens Brigade Theatre in Los Angeles and the Edinburgh Fringe Festival, two of the co-creators of Fringe sell-out smash-hit Thrones! The Musical bring you a Harry Potter musical parody that is sure to leave you spellbound. Packed with magic, hormones and more than a few murders, Voldemort and the Teenage Hogwarts Musical Parody tells the little-known tale of how Tom Riddle was once in a rock band with a giant squid, how he learned how to kiss from a snake, and that he once had a Hufflepuff girlfriend… 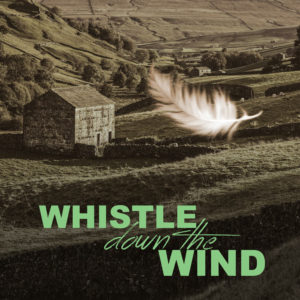 Eoin McKenna has been cast as the Vicar, Sergeant and Child in Whistle Down the Wind performing at The Union Theatre in November and December

The time is the late 1950s, the place, a small village in Lancashire. Hurrying to a barn with three rescued kittens, Cathy, a schoolgirl, discovers a stranger hiding there. She recognises Him immediately as Jesus Christ and tells her sister, Nan. The next day their brother Charles also learns of their discovery. They decide to tell nobody, but gradually word spreads through the children of the village. Anxious to protect Jesus from unbelieving adults, they keep His arrival a secret and besides, most of their parents are preoccupied with news of a convict on the loose in the area. Trouble starts when the village bully, Raymond, threatens to give the game away . . . Adapted from the famous film and novel, this critically acclaimed musical will enthral audiences with its powerful and moving score and book.

Rebecca Withers has been cast in the Guildford Fringe Adult Panto Sinders this year over Christmas.

Taking the good ‘ol heart-warming, much loved tale of luck, love and sibling rivalry and dousing it liberally with naughtiness, sexiness and smut, Guildford Fringe present Sinders for their 2019/20 Adult Panto!

Sex-starved Ugly Sisters with questionable facial hair, a drunk Fairy Godmother and a delightfully shallow Prince Charming all revolve around a wonderful Sinders who combines a cleaning obsession with a need for lust and love (but mostly lust!).

This is Cinderella as you haven’t seen her before and won’t see again!